What websites are blocked in China in 2022 (August Update) This is a question that gets asked a lot, particularly among people who are planning to travel or move to China. It helps knowing what to expect, which is why I’d like to give you a comprehensive (and constantly updated) list of blocked websites in China.

Starting in the late 1990s, China began monitoring and censoring the internet within its borders. That first decade of internet censorship flew mostly under the radar.

–> Email was sent freely through Gmail in China. <gasp!>

–> I even read the Wall Street Journal in China. <the horror!>

In order to do any of these things, I am now forced to use a VPN (in my experience, ExpressVPN has been consistently reliable in China as has NordVPN).

So as you plan your travels, your move or a business trip to China, it’s good to have an understanding of the blocked websites in China as well as the blocked apps in China.

Below, I’d like to walk you through the list, followed by my personal tips from having survived and done business in China all these years.

Note: Some of the links in this article are affiliate links, which means that at no extra cost to you, I may be compensated if you choose to use the services listed. I only recommend what I personally use and hope this free information has been useful!

In this list of blocked websites in China, you’ll see that I’ve categorized each based on the type of website or app.

Hopefully this will make it easier to scan and understand.

If you plan to do business, you need to understand which of your most used productivity tools are blocked in China.

Most of the major English-language social media sites have been blocked in China and new ones are added to the list each year.

Whether you want to stream content or upload videos to YouTube in China, you’ll find these streaming sites inaccessible.

At this point, most western-based news media has been blocked. I will only name a few of the biggest players here.

Whether searching via text or voice, you’re going to have trouble with these search engines in China.

*Note* – You can use Bing in China, but the results within China are censored.

Unless you’re willing to start using China’s version of WhatsApp, you’re going to need a good VPN for China to use these apps.

*In my experience, iMessage has worked fairly well, but it’s not as reliable as using WeChat for VoiP.

I don’t feel like it’s necessary to list them all. These sites have been and will remain blocked in China.

The fact that VPN websites are blocked is why I usually recommend travelers and expats download a VPN before you enter China.

It’s much, much harder once you’re inside the country, although it is possible to install a VPN within China.

I recommend both ExpressVPN and NordVPN as highly reliable and effective VPN solutions to China’s censorship.

I’ve used both for many years.

There’s a lot of confusion and mis-information when it comes to censorship in China.

Which websites and apps aren’t blocked in China?

Part of this has to do with the fluid nature of China’s internet (this list is always changing, which is why it’s updated every month).

Another reason for the confusion, though, is that some websites (including Wikipedia) continue to share outdated or outright wrong information.

Here’s a quick list of the websites and apps that AREN’T blocked in China – even though you might be told otherwise. 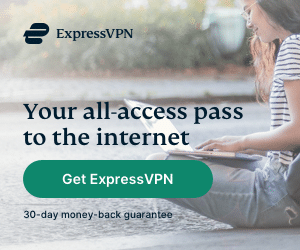 If you’re not already aware, there are ways to access websites and apps that are blocked in China. It’s a technology known as a Virtual Private Network, or “VPN” for short.

Pretty much any expat who has lived in China for more than 6 months uses a VPN on a daily basis. I’ve used them for almost 10 years.

In short, a VPN works by encrypting your connection to a server in another country (such as the United States). When you access the internet, you see it as if you were in that country that doesn’t have censorship, as opposed to China.

They’re easy to use and contrary to what you might think, they’re not technically illegal for foreign expats or travelers to use.

Using a VPN to Bypass Censorship in China

Using a VPN in China is thankfully very simple. We’ll take ExpressVPN as an example, since that’s the one I have used for many years and recommend.

I simply open the app on my phone, tablet or computer and click the big power button. When it turns green, I have access to all of the blocked websites and apps listed above.

I know I’ve already said it, but I’d like to stress the importance of setting up your VPN before you enter China.

Most VPN websites are blocked in China since the government doesn’t want it’s own citizens to use a VPN. That makes it hard for us as expats or travelers to download and install a VPN from within the country.

Personally, since my business relies on open access to the internet, I have subscriptions to multiple VPNs including ExpressVPN and NordVPN.

You might be surprised that there are literally hundreds of VPN services to choose from, but only a handful of VPNs work well in China.

If accessing your email or staying in touch with family is important to you while in China, I recommend spending a few dollars on a VPN service.

Many VPNs still work in China despite what you might have read, and it has the added benefit of encrypting and securing your data.

There’s no indication that China will cease their censorship of the internet any time soon. In fact, all signs point to the fact that this list of blocked websites in China will continue to grow as I update it each month.

New websites and apps will get axed by China’s Ministry of Information as they become popular (that’s basically what happened to Twitch).

By using a VPN like ExpressVPN or NordVPN, you’ll get access to all the productivity apps, social media, news, and streaming sites that you’re used to using.

Traveling or Moving to China Soon?

Download "44 Tips You MUST Know Before Traveling to China". These simple but often overlooked tips could make or break your trip!

Josh is the founder of TravelChinaCheaper.com who has been living in China with his family since 2006. Over that period of time he has traveled by plane, train, car, motorcycle and even camel to explore almost every corner of the country.

Find answers to your China questions:

Get some of the best China travel tips delivered to your inbox. We'll even send you our free guide "44 Things You MUST Know Before Traveling to China"!

Are you planning to travel or move to China soon?

Don't miss out on these 44 money-saving tips!